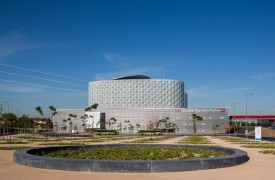 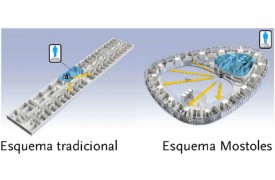 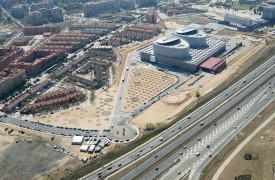 Photographs by www.hospitalreyjuancarlos.es
The study aimed to estimate the demand (population covered) of the new Hospital of Mostoles, operated under PPP scheme.

The study was conducted at the request of the banks involved in financing the project and aimed to estimate the demand (population covered) of the new Hospital of Mostoles, which will be operated under a concession.

The main income of the concessionaire will be given by a rate per capita relating to the provision of public services of specialized health care to the protected population (individual health cards) of the area assigned, so the main focus was on making projections of the area’s population. DiaDro reviewed in detail the urban planning of these municipalities and existing population projections for the area assigned to the new hospital. From these sources, population projections in the base and pessimistic case were produced.

At the time of writing the report,  the entry into force of sanitary free choice law was very close. The law means that users can choose the family doctor, specialist or main hospital of their choice. The analysis was undertaken to assess the impact on the number of health cards asigned along the concession. The accessibility to the new hospital and the current existing hospital in Móstoles (main competing) and the satisfaction survey of the different hospitals prepared by the Ministry of Health of the Community of Madrid were analyzed.

This new health center was developed under a public-private partnership scheme, awarded “Deal of the Year 2011 in Europe in health” by the publication ProjectFinance. The Ministry of Health of the Community of Madrid awarded to the consortium led by Capio the construction, operation and exploitation of this hospital and the pull of banks that financed the operation is led by BNP Paribas.

Interesting links:
Deal of the Year 2011